Gaia greetings to all subscribers

Exciting news ~~~ we’d like to introduce our new health spice so today our newsletter topic is based on the benefits of Turmeric along with Black Pepper. 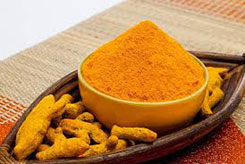 The richly coloured orange Turmeric plant is a rhizomateous, herbaceous, perrennial plant of the ginger family and is native to southern Asia. It thrives in warm temperatures and with a considerable amount of rainfall.

The whole plant is edible, the roots are boiled, dried and ground up to produce turmeric powder. The leaves make a wrap for steamed fish, and even the flowers can be eaten.

A closer look at Turmeric 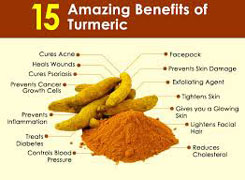 Turmeric is often considered be one of the most effective nutritional supplements in existence. Many high quality studies have shown that Turmeric has major benefits for your body and brain.

Turmeric is the spice that gives curry its yellow colour and has been used for thousands of years as a spice as well as a medicinal herb. Science has more recently started to back-up what the Asians have known for a very long time in that it contains compounds with medicinal properties, these compounds are called curcuminoids and curcumin is the main active ingredient in turmeric

How to get the best absorption from Tumeric

The important thing to remember is that curcumin is poorly absorbed into the bloodstream and one of the ways to enhance absorption is to consume with Black Pepper as black pepper contains Piperine, a natural substance that enhances the intake of Curcumin by 2000%.

Curcumin is FAT SOLUBLE so it is essential, for maxium abosrption that you take it along with a fatty meal, i.e. mixed in a milk drink or mixed in a smoothie or with a meal.

How it works on our Bodies 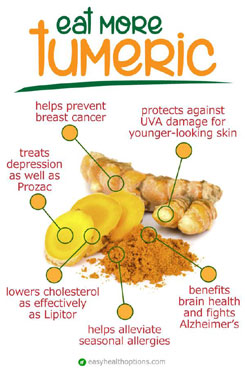 Inflammation is a natural occurrance in our bodies and is incredibly important as it helps to fight foreign invaders and plays a role in repairing damage. Without inflammation, pathogens like bacteria could easily invade our bodies. Although acute (short term) inflammation is beneficial, it can however become a major problem when it is chronic (long term) and be inappropriately deployed against the body”s own tissues.

It is now believed that low level inflammation plays a major role in almost every chronic Western disease. This includes heart disease, cancer, Alzheimers and various other degenerative conditions like motor neuron disease and MS.

In several studies curcumins potency has compared favorably to pharmaceutical drugs without the often dangerous side effects.

Curcumin also dramatically increases the antioxidant capacity of the body. Anti-oxidants protect our bodies from free radicals, often linked to aging, and curcumin is a potent antioxidant warding off harmful free radicals.

Did you know that apart from our two Nutri-Spice variations which contain significant amounts of Turmeric our Gold Night Cream is also infused with curcumin resulting in the more than yellowish colour of the cream.

The addition of this ingredient along with its antioxidant properties is extremely beneficial to the skin as far as pigment control and anti-aging are concerned.

This unique and well balanced formulation has allowed users to enjoy the benefits and results that this “gold” night cream offers.

For the month of March, with every order received, we’ll give away a Tumeric & Black Pepper spice in our new glass spice bottles.

The spice will be uploaded onto the website next week and will retail for R75. Orders can also be emailed directly to claudia@gaiaresearch.co.za or online www.gaiaorganics.co.za

“A man is but the product of his thoughts. What he thinks, he becomes”
~Ghandi~

Wishing you all a wonderful month of March.